I quite like art academy, it's very good for painting despite the fact the DS has a screen resolution that's pretty tiny, but it's very intuitive and it actually behaves more like real paint and brushes than Photoshop does, also being able to just paint on the go on a small screen means I can sit on the couch and just doodle or make something. 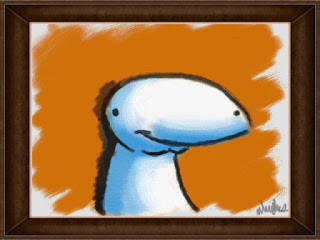 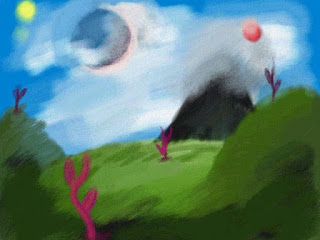 This one was just messing about, didn't really have an idea of what would come out of it so I just kept adding details until something that I likes emerged from it. 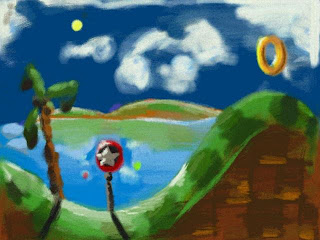 This one was a request, obviously a bit more structured. My favourite part is probably the clouds and some of the lighting on the grass, overall I do like that both of the landscapes don't really have a lot of structure to them so I've just came out with something that doesn't quite adhere to the laws of physics, and that's pretty cool.
Posted by Sonicmark at 07:26