Nigel Dobbyn's an illustrator whose worked in the illustration and comic industry for a number of years. Working on thing such as 2000AD, Sonic The Comic and various other works for Egmont, Panini and more. 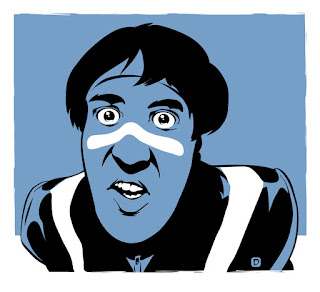 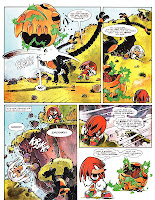 Dobbyn's drawing style is distinctive despite often working with Licensed characters and therefore having to stick to certain guidelines. Some work which I think best shows some of his prowess is the Knuckles strips he did for Egmont Fleetway's Sonic the comic, as well as his work on 2000AD because his work with more traditional media has a very good attention to detail not just in the characters but also in the backgrounds as he has often exploited interesting brush techniques such as very watery brushes to let the color diffuse together to create very dirty, rusted robots. Or flicking white paint onto a background to create stars for a space scene.

Although Dobbyn is very skilled at traditional work, he has also become accustomed to more digital methods for creating comics and illustrations now.
While his pencilling is still done on paper with pencil, he has taken to using Adobe Illustrator to ink his drawings and give them a very clean and crisp look thanks to the vectors of Illustrator. He masks of many mistakes and then imports into photoshop for colouring where he actually more often than not uses Gradients to create shade and tone. At the demonstration he gave at the Canny Comic Con, I was quite surprised that it's a process which seems very technical compared with his earlier work in comics that I had read previously.
The result is a very clean looking illustration, however it doesn't look machined as Dobbyn's drawing style is still there and his work in illustrator is so well detailed that it gives the impression it was inked more organically. His uses of custom brushes also help to create something which looks more like photoshop inking but at a much higher resolution, which is obviously better for being able to rescale prints. 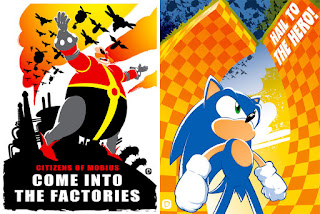 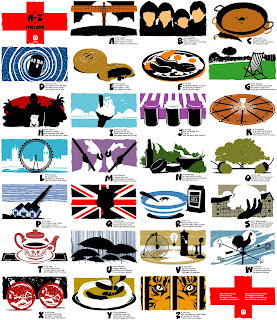 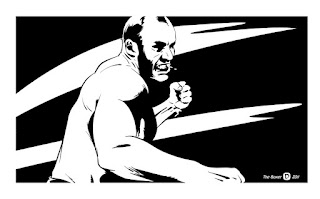 All the work in this entry was created by Nigel Dobbyn and can be found at http://handtoeye.deviantart.com.
This is intended for educational use as it's a college blog, so I hope that Nigel doesn't take any offense to it, I'm not intending to rip anyone off.