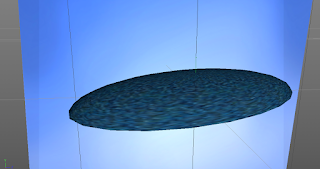 I began remaking my scenes by creating backgrounds. While the majority of assets are 2D and drawn in photoshop, I felt that adding in a 3D hill would give it a better sense of depth and add something a little bit different from an entirely paper thin scene.
The sky is a photoshop painted background, the lighting is added in over the top, however the light source was also added to the background texture under the hill as a base and all lights in Cinema4D were laid on afterwards. Some extra lighting had to be added round the front, which can make the light sources for the audience, however the character would come up as completely black and I want a blue colour to them. 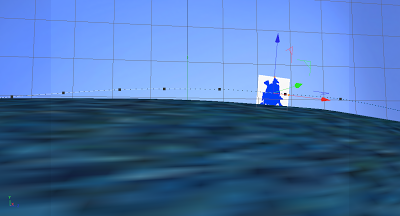 The characters were added as a single plain which was textured with the drawing and the appropriate alpha applied. I then used the timeline to block in the positions I wanted the characters to move across to travel to the other side of the hill. Since they had to go over, I then went in and further adjusted them to make it look better aesthetically. 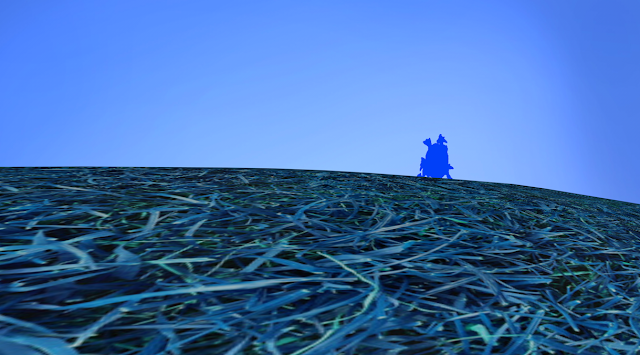 The second scene I created required much more construction and was layered up a lot more like a stop motion set would, although all of the objects inhabiting this set are 2D planes,  no three-dimensional objects are used in this scene. 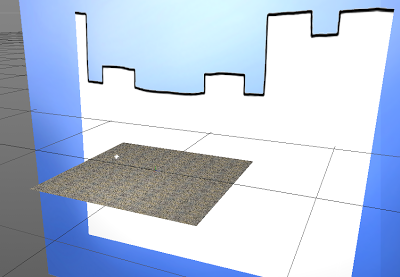 I started with the plane which became the pavement and layered some placeholder art in for the city backdrop which I'll change once I've created a more detailed version. The sky is the same as the previous scene, but it's been angled upwards so the light appears in the sky, rather than setting into the horizon. It also helps that the sky is going to be obscured by buildings and characters so the audience hopefully won't notice, but it does save me time on creating assets. 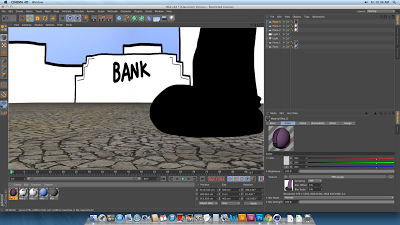 A stand-in for the bank has been constructed and a character foot was created to step into frame.
Then it was changed to resemble the shot in the storyboard, which makes the set look a little more convincing when viewed from this angle because the layered assets give it a sense of depth, particularly the plane which is being used as a floor. 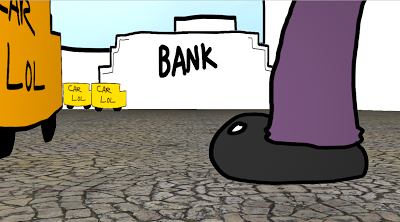 Thinking the scene needed something extra, I've added cars. It makes sense that there would be cars in the area anyway, but also that the mobsters who are robbing the bank in the cartoon would arrive using cars.
It adds to make the scene look a lot more inhabited and a little more believable, but also aids in driving the plot.
Posted by Sonicmark at 01:41